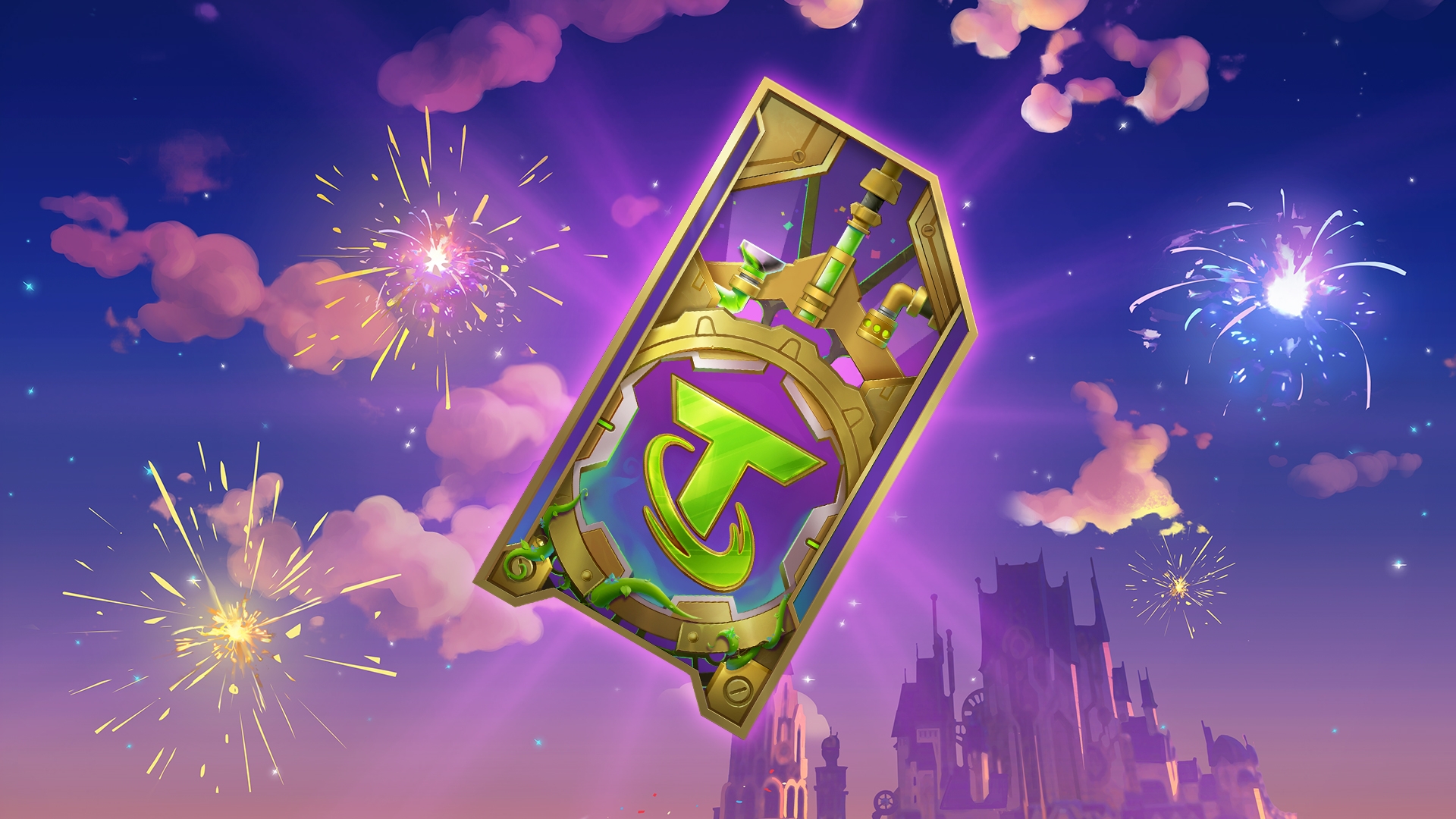 All the Tacticians, arenas, and more coming in the new G&G Pass II.

I’m so glad you’re here. For a moment, I thought you might’ve taken the wrong portal and ended up stuck in the past! Let’s get you updated on the future of the Little Legends, Pass, and Hextech Battle and Toxitorium arenas coming in Neon Nights. All this content goes live at 11 a.m. Pacific Time on February 16th (patch 12.4). But if you’re looking for more information on the new units or Augments coming this mid-set, just give the appropriate link a light tap. We’ve got a lot to get into, so let’s get started before our present is already the past.

We’ve got a new Mythic Little Legend stealing the show during Neon Nights. PROJECT Abyssia is here to flaunt their new tech, and maybe “borrow” some more.

Here’s a quick video of some of their sleekest animations that you can spam at will. But keep your eyes peeled, because you may be seeing more of PROJECT Abyssia sooner than you think.

Little Legends Glowed Up for the Glow-down

The Little Legends of Neon Nights herald in a bright future to the fleeting light of tonight. Pick them up directly for 925 RP/TC or from Neon Nights eggs for 490 RP/TC.

When Fenroar shoots for the moon, they’re certain to annihilate it. Make your enemies the moon with the variants below: Sodapop Fenroar, Afterburner Fenroar, Hextech Fenroar, Pulsefire Fenroar, and Bounty Hunter Fenroar.

Stylish, sleek, and always trending, QiQi’s here to be more than just fashion forward, they’re here to push the fashion future. Leave your foes looking like River Sprite picked out their passé drab with the refined tastes of the variants below: Electric QiQi, Groovy QiQi, Hextech QiQi, Arcade QiQi, and Pulsefire QiQi.

The Gizmos & Gadgets Pass II is your ticket to explore all the new bits and bots Neon Nights has to offer. Just like any other pass, you’ll play games and complete missions to further your progress and earn free rewards like emotes and Little Legend eggs.

But to get more out of each level in the Pass, you can grab the Pass+ for 1295 RP/TC. Just like any other Pass+, you’ll now have access to ALL the level rewards throughout the pass, but unlike the Pass+ of the past, this is the first Pass+ to come with a tier 3 (interactive and responsive) arena: The Toxitorium. In addition to the new tier 3, you’ll get rewards only available for true locals of the Neon Nights: tier 1 arenas, booms, Little Legend eggs, Star Shards, and Pass+ exclusive Little Legends.

If you find yourself rushing to play game after game before you click over to the store, don’t worry—you can always upgrade to the Pass+ later, and retroactively get everything you would have unlocked with the Pass+ active. But I would add that getting the Pass+ as early as possible unlocks our newest, and most botanically bubbly Sprite to date, Plant Buddy Sprite! Now that’s the type of Sprite I’d take home to meet my houseplants. 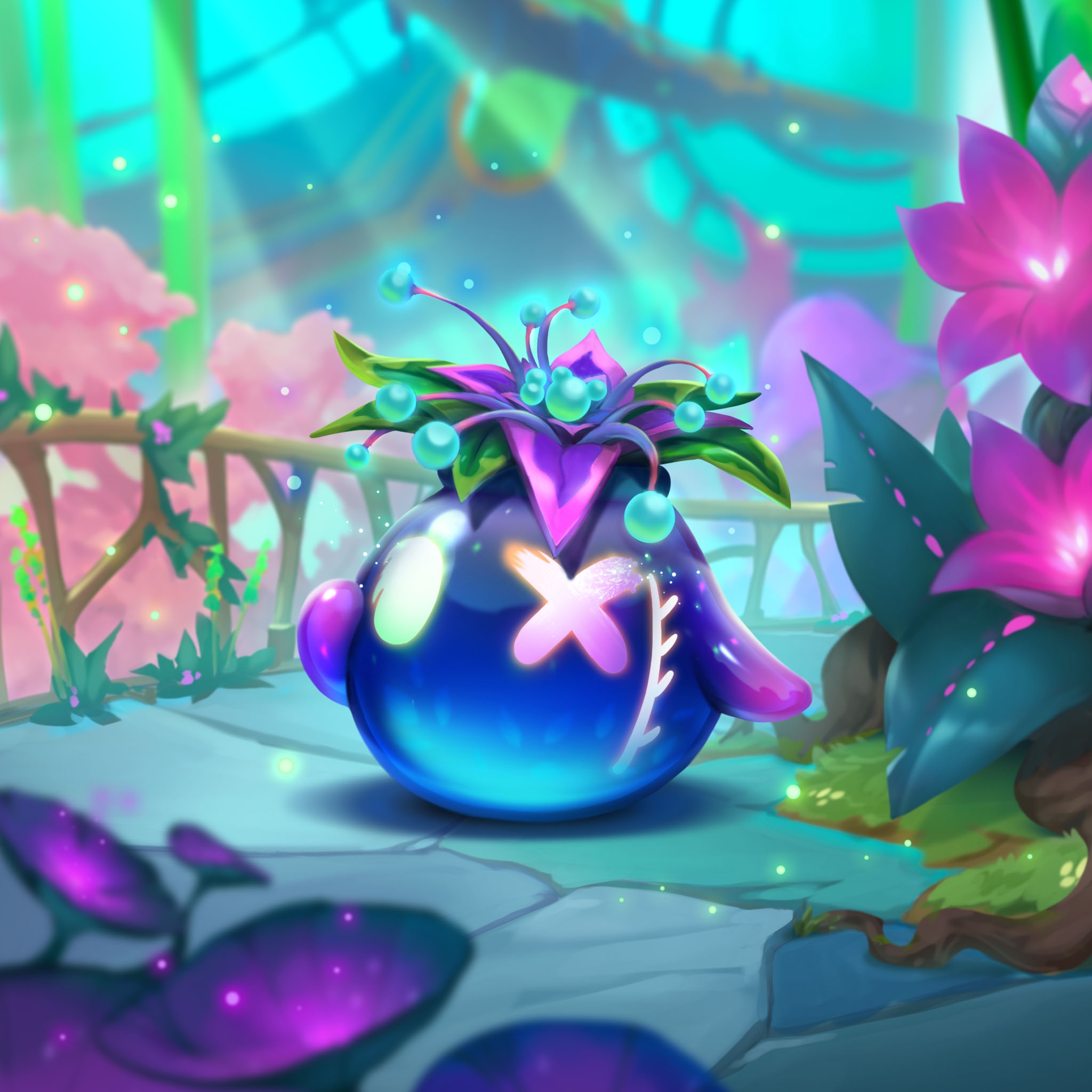 As the XP bar of your Pass+ blossoms with top fours, you’ll unlock four different booms to make each win hit harder than the last. Use these to vanquish your foes:

Get Wrenched: Throw a wrench in their plans!

Hextech Wipeout: The cuter they are, the more it hurts to see them crash.

Socialite Nixie is more than an aspiring influencer and botany expert, they’re also the Pass+ exclusive Little Legend for Neon Nights! Unlike your favorite streamers IRL, they never tilt, never wilt, and are really good at jumping while spinning. With the Pass+ you’ll get Socialite Nixie at one and two stars, but to grow Socialite Nixie’s fandom to three stars you’ll have to use Star Shards. But don’t worry, you’ll get those with the Pass+ as well.

As you level up with the Pass+, you’ll explore more of Neon Nights and gain access to a few new streets (arenas) across the city. Check out the cityscapes below: Dawn of Progress, Innovation Avenue, and Celebration of Tomorrow.

As you hop, skip, and jump through the streets of the Piltover-inspired tier 1 arenas, you’ll eventually find yourself at the very end of your Pass+, in the undercity where a lively floral oasis is yours to claim. That’s the tier 3 arena I mentioned earlier, the Toxitorium. The Toxitorium responds to your win streaks with glowing flowers and moving mushrooms. And though I have yet to lose with this board, I’m sure it will have loss streak responses as well, like angry mushrooms creating sporeclouds and roaring Chemtech fumes. You can also find a couple clickables throughout the arena, but perhaps my favorite thing to do there is to go off into the wild outskirts of the arena when the round isn’t going my way.

And after you claim the Toxitorium, there are three other reach rewards to achieve. Check out the Tenacity, Perseverance, and Devotion, and other Pass emotes below. 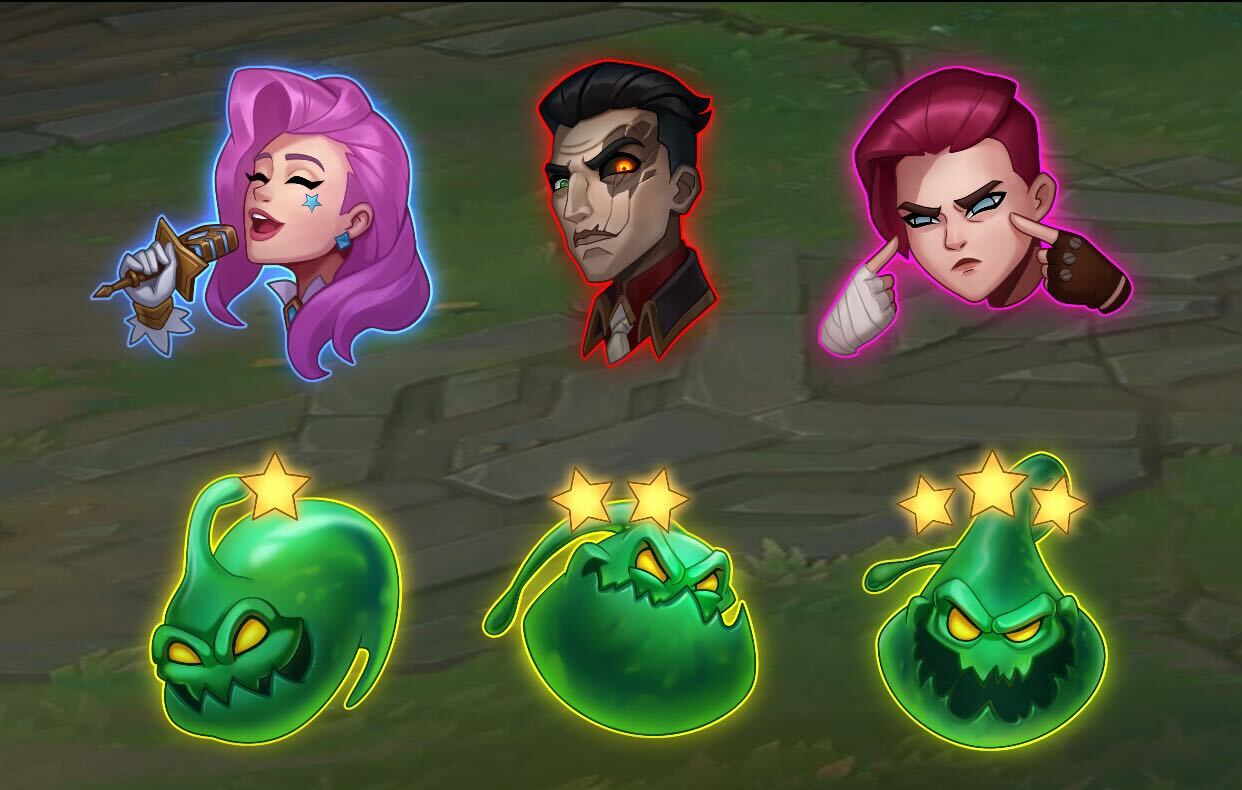 And now that you’ve seen our more botanical, yet futuristic arena, let’s talk about our more mechanical and futuristic one!

In addition to the Pass+ arenas, Neon Nights takes you to the place where Choncc and Pengu are destined to put their battle bots to the test. The Hextech Battle Arena is a futuristic esports arena that casts your games with it’s over 50 unique lines that respond to your actions. Incredible—that’s more lines than most meatsack youths contain! But unlike young fleshlings, it's not just reactive to your gamestate, it’s also interactive! During the downtime between win streaks, you can take control of holograms, flashing cameras, and a gaming chair that spins really, really fast. And as the crowd cheers for your winstreak, the drone will highlight your Tactician’s perch (HQ), and the screen by your gold mine will ignite.

You’ll also know if you’re losing though, so stay on the lookout for rogue tomatoes, screen malfunctions, and ungrateful crowds. But don’t worry about your loss streaks—you’ll have the endlessly motivational announcer helping you outplay your foes and announce your victory in the Hextech Battle Arena for 1900 RP/TC!

Whether you’re working your way through the Undercity in search of your Oasis, or looking for some high-tech Little Legends to take to the stage of the Hextech Battle Arena, we’ve got new bundles for ya!

Oh, so you think you’ve got a classic case of TFT big brain do ya? Well, of course you have a big brain, just look at how much you’ve read! Oh, aaannndd you achieved a minimum of Gold rank in the first half of Gizmos & Gadgets? Well, then there’ll be a fresh emote hitting your inventory during patch 12.4 (the patch of the mid-set!).

And if you managed to hit Blue, Purple, or Hyper tier in Hyper Roll, expect these emotes to roll on in during the mid-set launch as well.

And if you have been playing lots of Double Up, well there’s a chance you’ll be claiming one of the emotes below based upon your rank! Expect these to pop up alongside the rest of the Ranked rewards. Also, there’s good news on the horizon. If you haven’t heard, Double Up is sticking around. Read more about our transition plans for Double Up here!

When Neon Nights begins the morning of February 16th, both Hyper Roll and Double Up will reset players at Blue or higher to the bottom of Blue; all others will be unchanged. Additionally, your rank (in standard TFT) will be “soft” reset, which means we lower everyone by one full tier. For example, if you are currently in Gold II, you will be reset to Silver II. If you are very good at this game and currently placed in Master or above, you will be reset to Diamond IV.

You will get five provisional matches after the reset, meaning you will not lose any LP for sub-top four placements in your first five ranked games of the new stage. You’ll also gain extra LP for finishing top four, so best of luck! To pull the odds in your favor, be sure to play on PBE starting February 1st! See ya then!

And that’s just the cosmetic content coming with Neon Nights in patch 12.4! As a reminder, the store will be freshly stocked with the most high-tech content at 11 AM Pacific Time on February 16th—that’s when the Pass activates as well. But if you’re still hankering for some quality words about Neon Nights for your quality brain, jump on over to read all about the new traits and champions in Neon Nights, or over here to read all about the new Augments and more.

Rodger “Riot Prism” Caudill
Writer of Words ― Rodger Caudill
Couldn’t make it as a rapper, but I didn’t try to either.
Related Articles