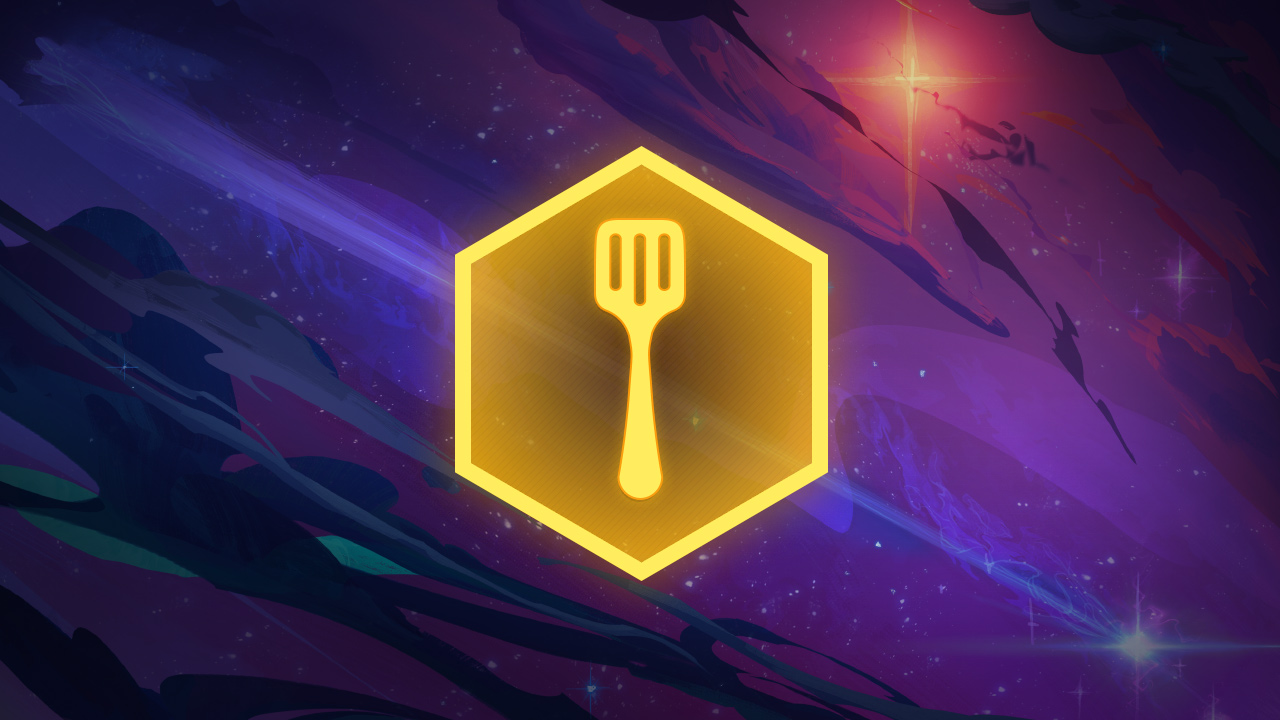 The Carousel, Economy, Items and more get an update in TFT: Galaxies.

The start of a new Teamfight Tactics set is the best time to revisit some of our core systems that need an update. As with everything, we’re always looking for ways to improve the core of TFT, so we’ve got quite a few changes coming we think will be pretty positive. So let’s take a look at them as you’ll encounter them during a typical game.

Right away, you’ll notice that the first carousel is all 1-cost champions instead of 2-cost champions. The main reason for this has to do with income changes we’ll talk about in a second, but we also found that these 2-cost champions never had the effect we originally intended. Though we wanted the first champ to guide your comp, it turned out that simply selling a 2-cost champion was almost always the best decision. Now the cost of keeping that champion is much lower, and it should be a viable option.

But that’s not the biggest change. In Rise of the Elements, the arrangement of items got pretty stale. Early on in the set, you could predictably count on most of the items to be there, including the Spatula. Getting one of those on the first carousel was quite powerful, and many viable strategies involved losing early to get a good economy and an almost-guaranteed Spatula. In the later part of the set, we removed Spatula, which showed some promise, but was also too restrictive to gameplay variety. So we’re adding a LOT of variation to carousel possibilities. 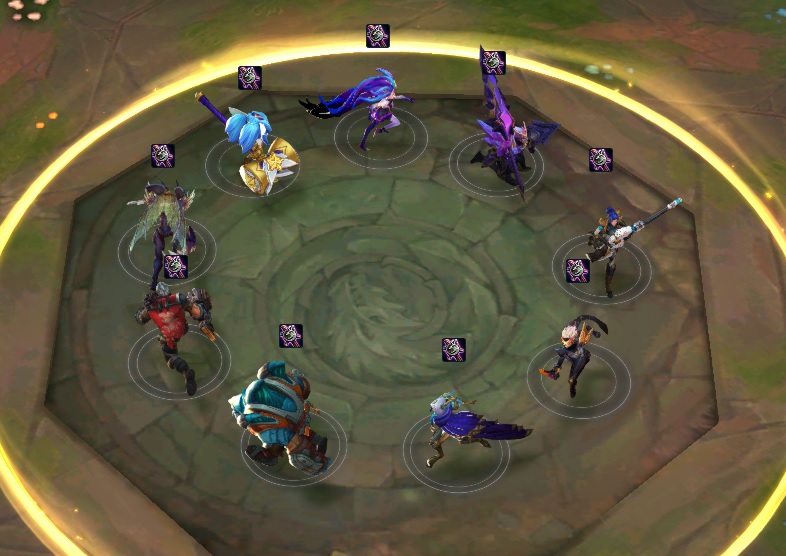 This is all leaning into our goal of making adaptability the most rewarding skill. For example, you may go to the second carousel and find it’s all full items. You’ll need to think on your feet and change your plan accordingly. Look out for all the new possible ways the carousel can play out!

For most of Rise of the Elements, there has just been too much gold in the system. Your first and second shops were basically no decision (you just buy everything) and it was possible to hit 30 gold before the first PVP round. We’re going to be toning that down a lot.

This leads to tough decisions in the early game. When you only have a 1-gold champ from the first carousel and 2 gold from passive income, you actually have to think about your first shop. We believe this will lead to more strategic decision-making and interesting gameplay. But to make sure you don’t get put into a bad situation with the smaller amounts of gold, we’re making one more change:

Now at Level 3, you won’t get put in a bad situation when you roll one or more Tier 3 champions and can’t afford them.

Another change we're making is to increase the viability of aiming for a win or loss streak rather than just backing into it.

Finally, the last change is one we’re making to even the playing field a bit. There's been an unintended (and frankly not well known) trick where you can sell your carousel champion during the transition to the next stage to hit a higher-than-intended gold breakpoint. So we're removing the ability to sell champions during the carousel stage.

We’re making a pretty big change to player damage to simplify the system a bit. We're also reducing the difference in damage you take round to round depending on how bad you lose.

If everything is done correctly, the pace of the game should be very similar to what you’re experiencing on live (maybe a LITTLE slower in the early game), but it should be much easier to figure out how much damage you’re going to take. In addition, running into that super-strong enemy who high-rolled a very strong comp won’t be quite as punishing as it was before.

We also took a good look at what we could do to improve combat, and found—well, quite a bit. Here’s the breakdown:

These changes should improve a lot of the rougher cases we saw in Rise of the Elements, such as ranged units walking into melee range, or champions walking around aimlessly trying to chase moving targets. This should result in better-feeling combat all around.

Throughout Rise of the Elements, we saw that MOST of the 1-star champions were just too weak to consider running. (Annie was a notable exception.) We’re going to be making changes to things like spell powers to make them a more viable option. This should help 1-star champions cast more often and be more relevant.

Even at 80%, things like Morellonomicon, Red Buff, and Kindred were too strong at shutting down healing options. This led to cases where comps that rely on healing as an output (Light being the main example) either being REALLY strong if the opponent didn’t have Grievous Wounds, or REALLY weak if they did. So we’re going to be pulling back a bit, which should allow us to balance the heals a bit more evenly. You should still want Grievous against a Soraka, but not feel like the Soraka no longer does anything.

We actually dabbled in this a little bit in Rise of the Elements. Did you know that Karma’s shield AND the attack speed bonus scaled with AP? We found that it was pretty beneficial to let every champion use AP in some way, so that more items could be used and open up new build options. So now every champ uses AP somehow. Take a look and see what kind of crazy triple Deathcap 6 Sorcerer options you can discover!

Other System Changes worth noting

We’re reducing the chance of seeing a Legendary champion at Level 7. We still want them to appear at Level 7 and won’t budge on that, but we want more incentive to level up. If you really need that Legendary champ to finish your comp, you’re better off just leveling to 8. Neeko’s Help is also appearing a bit too often, as we want that item to feel rare and special, so we’re lowering that. Spatula drop rate is up very slightly, so you may see more of them from Gold Boxes. And finally the Disarm status effect is no longer basically a stun. It was kind of silly that being disarmed prevented you from casting spells, so now if you’re disarmed but at full mana, you can cast! We feel this allows us to use Disarm more as a status effect as well, so expect to see at least 1 champion who can Disarm with their ability.

Last thing to cover is items. We’re continually looking at the items, both in terms of balance and satisfaction, and we saw an opportunity to change quite a few of them. You’re going to see 3 new replacement items and then a bunch of balance changes. Let’s break down the new items: 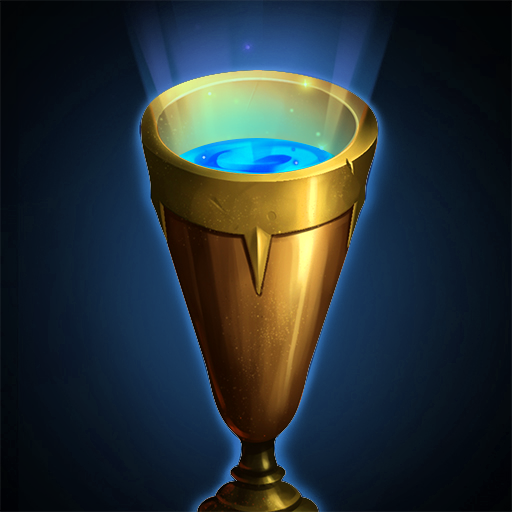 Chalice is a new item that requires you to position your team around it to get the full effect, but it can be incredibly strong if you’re willing to do so. For example, putting the item on someone who casts very early in a fight gives your entire team a bunch of mana, accelerating their spell casts and giving you the edge. If you played the Launch Set, it’s kind of like Twisted Fate’s Blue Card! 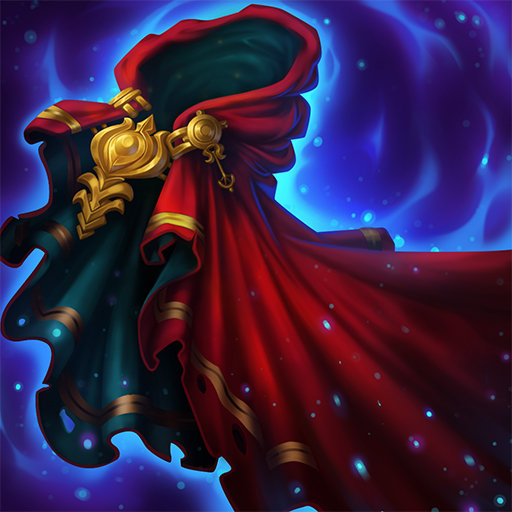 Shroud of Stillness is a new positional item, kind of like Zephyr, but with a much bigger risk/reward payoff. When you place the item and move your champion, you will see a purple beam. 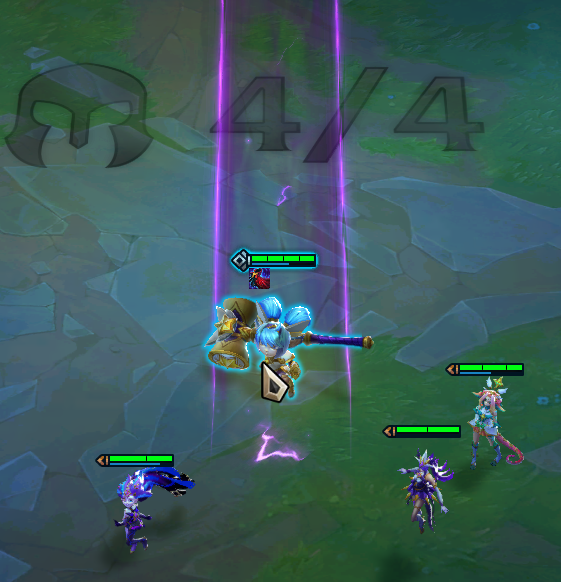 At the start of combat, every enemy hit by the beam has their max mana increased by 40% until they cast once. (Kind of like Poison, but not permanent.) If you can hit key champions with this, it can have a big impact and delay their spells… but it can also completely whiff if you didn’t position right. Positioning around this should open up a new challenge! 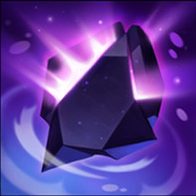 Finally we have Zz’Rot Portal. We wanted to give a good general-use item to teams that may need more front line, and Zz’Rot portal is great for this. Put this on a front line champion that casts a key spell, and after they die, they spawn a tanky Voidling that taunts, buying you a lot of time.

Hopefully these new items open up more options. In addition, we’re making the following balance changes to items to make sure all the possible items are viable based on Galaxies and the situation:

So, there ya go! A lot to look forward to. Give it a try and let us know what you think! Our goal is that these changes continue to make TFT better. The genre as a whole is still new, so we’re learning as we go, but we’re confident that with your continued passion and feedback, TFT will be a great game for years to come. Have fun in Galaxies!

Llord Llama
Senior Game Design Manager ― Ananda Gupta
Ananda 'Llord Llama' Gupta has over 19 years of industry experience, with the last 7 at Riot. He leads the design of our Labs (Hyper Roll and Double Up), and is also responsible for TFT’s Zz’Rot Portal.

Riot_Mort
Lead Designer ― Stephen Mortimer
Mort is the Lead Game Designer of Teamfight Tactics, who works, games, and never, ever, EVER, backs down from a challenge.
Related Articles