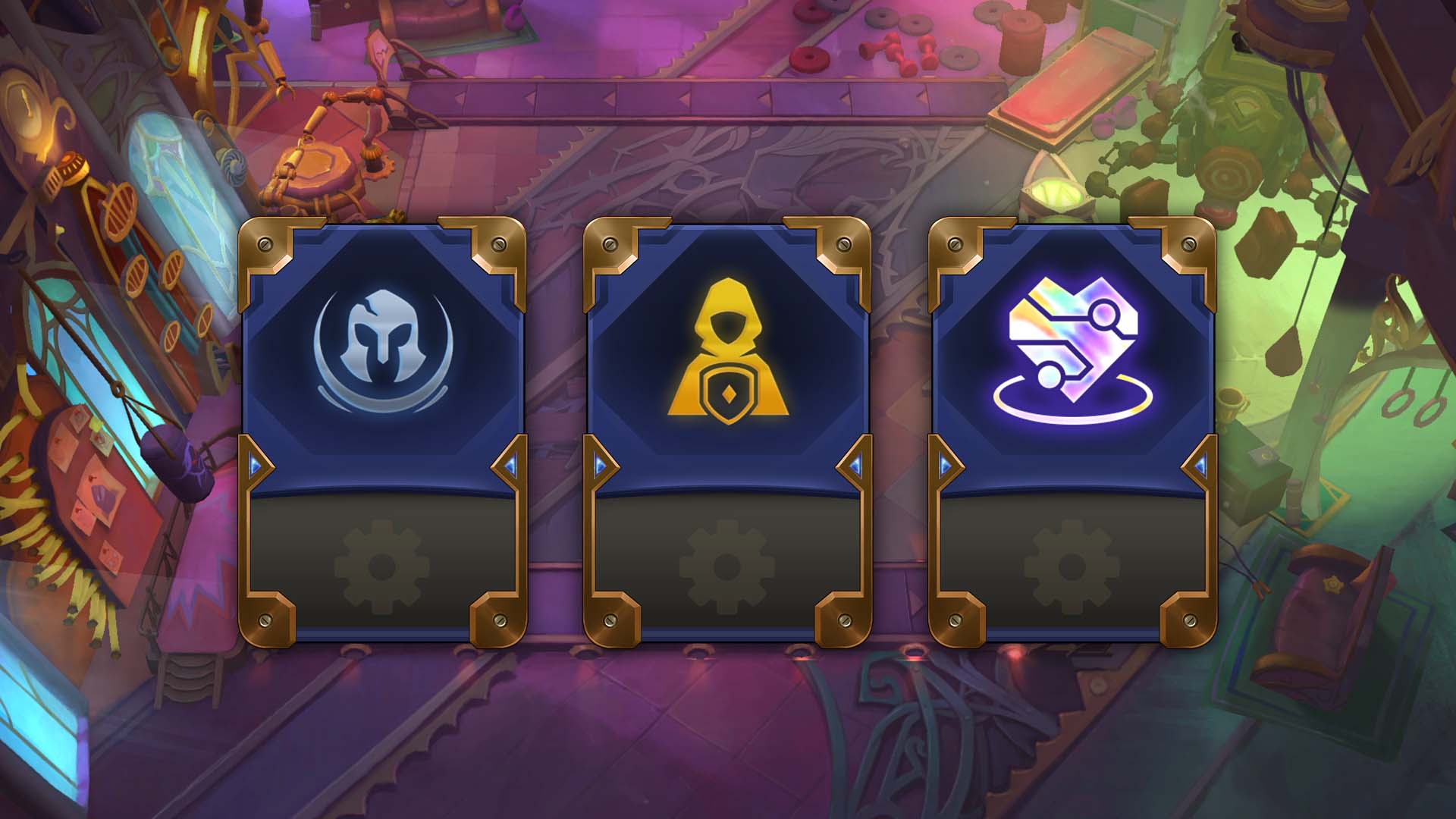 Everything you need to know about the Gizmos & Gadgets mechanic, Hextech Augments!

With Reckoning at an end, we must say goodbye to the Radiant Items and Blessings of the past. But don’t worry, in Gizmos & Gadgets, you’ll be heroically donning a new set mechanic. Hextech Augments are a new mechanic that’ll tap into your inner mad scientist. Some Augments break rules while others create new ones, allowing you to reinvent your game time and time again!

Throughout each game, you’ll pick three Hextech Augments that’ll enhance your gameplay and shape your path to success. You’ll be offered one in the early game (Stage 1-3), another in the mid game (Stage 3-5), and the last one in the late game (Stage 5-1). Each time you choose an Augment, you’ll select one from three options. When you choose a Hextech Augment it will become visible for all players to see via the Hexcore. All players will select Hextech Augments at the same time, and they’ll all be given options of the same tier, even though the specific Augments offered will be different. 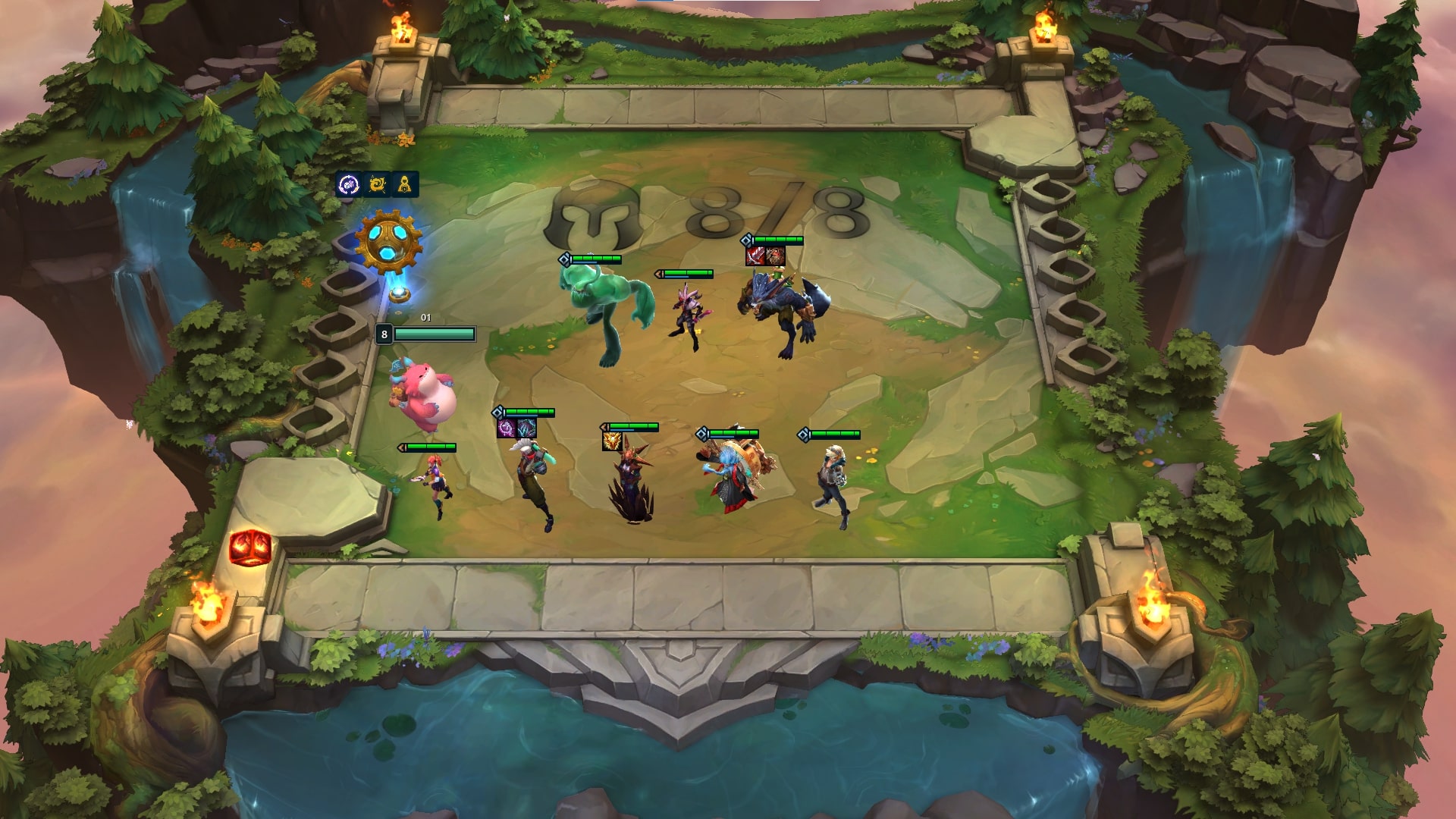 Wait... there are tiers!? Yes, tears streaming from your opponents eyes when you have created the perfect permutation of powerful Augments! But yes. Hextech Augments have three tiers of power. Some Augments even have three different versions across all three tiers, while other Augments can only be found in only one power level. These can be Augments like… 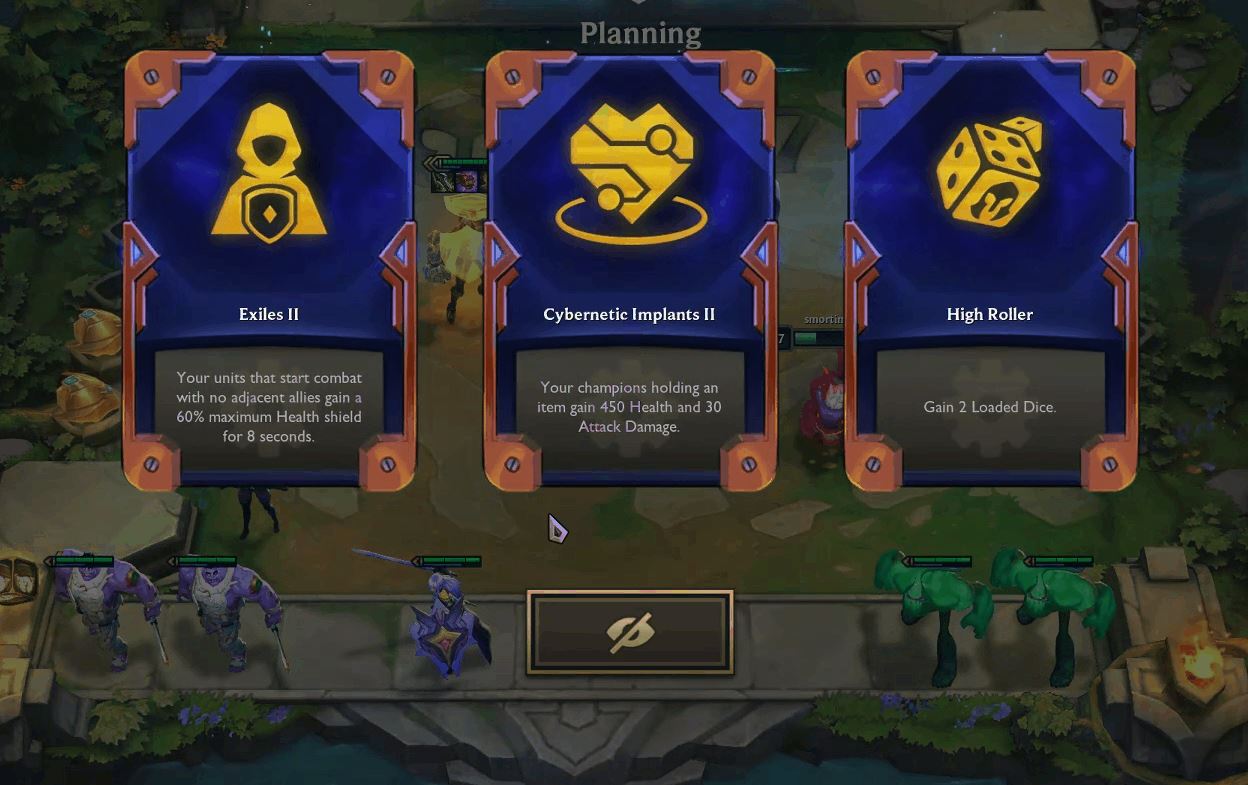 In most games, the later the game goes, the more powerful your Augment options will become, but sometimes you may get access to a tier three (the most powerful) a bit early. Regardless of which Augments are provided, it's vital to note that all players will get choices from the same tier—you could say we’re all working from the same blueprint, but different.

Alright, let’s get into some of the highlights from Hextech Augments. In order to preserve their new set mechanic smell (and my sanity), we’ll just tackle a few options that you could see after just one game of Gizmos & Gadgets.

Some Augments are really good for giving raw power. This includes Augments like New Recruit, which adds one to your max army size, and Sunfire Board, which burns all enemies at the start of combat, reducing their healing for the duration! You can even run Phony Frontline to gain two Target Dummies that’ll act as your, uh, phony frontline? 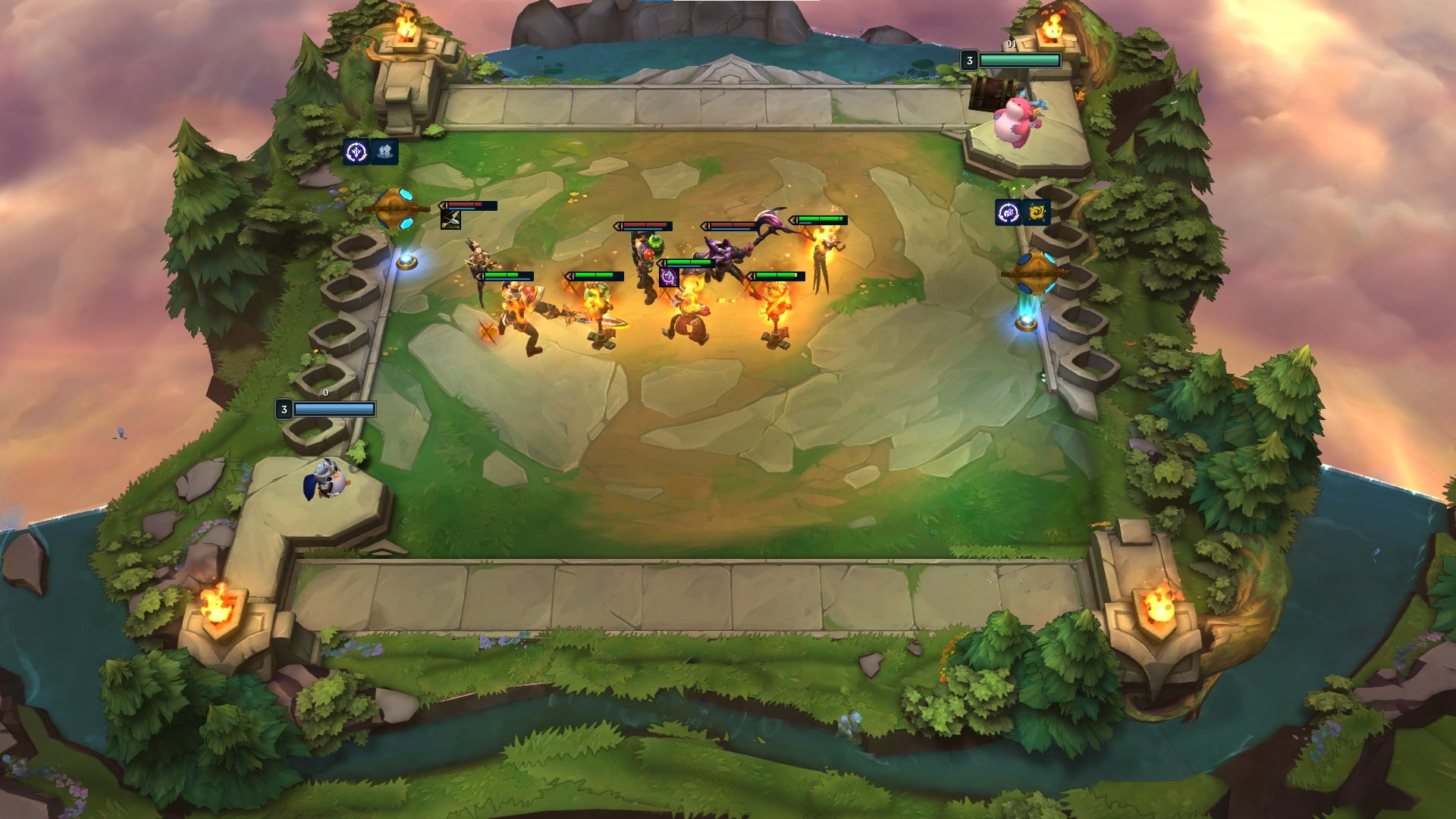 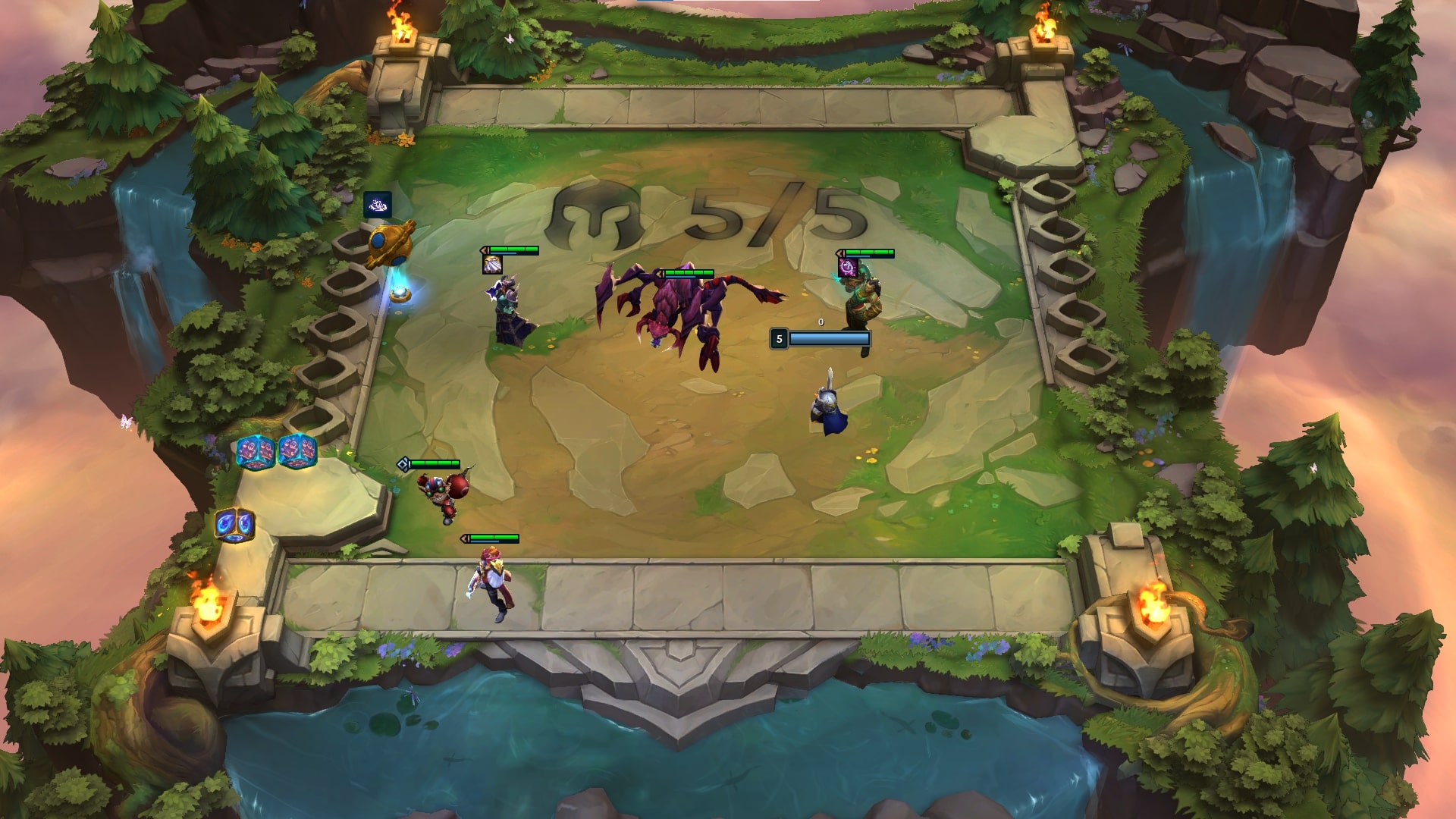 If gold rules everything around you, you can get yourself an economy focused Augment. The Rich Get Richer gives you instant gold and allows your max interest to increase to 7 at 70 gold—now you can slow-roll faster and harder! Other ways to impact your economy include Augments like Trade Sector, which gives you a free reroll each round, and Hyper Roll which gives you 3 gold at the end of each round if you have less than 10 gold. 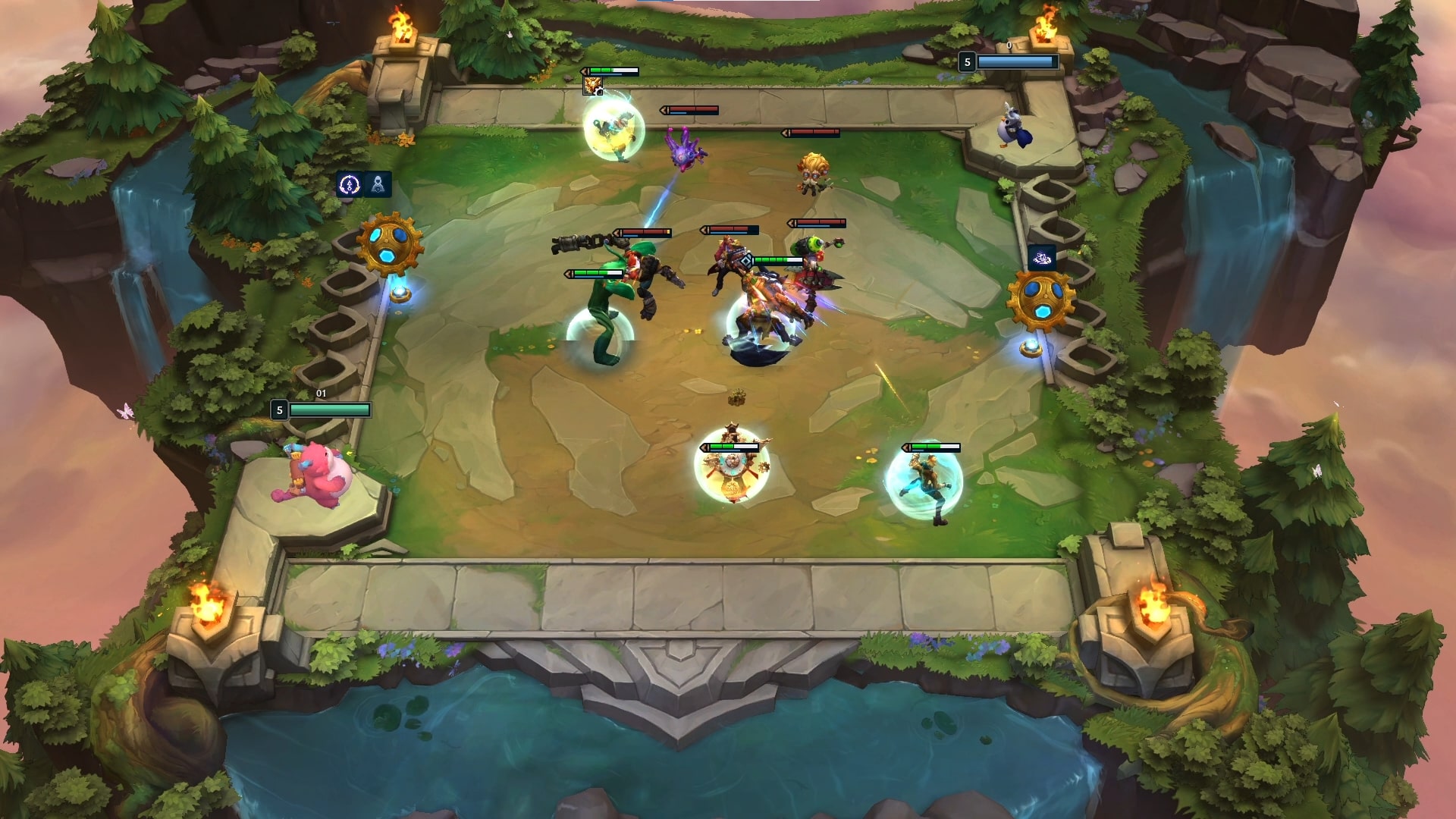 Would you believe me when I say we’ve got even more? I would—I mean, I’m the one who’s literally writing this overview article. So let’s talk about Augments that interact with traits. You can use various Heart Augments to count as an additional Assassin, Bruiser, Mercenary, Scholar, etc. to hit those vital trait breakpoints. There are also Augments that will give you a trait emblem, such as a Chemtech Emblem or Academy Emblem, that you can slam on your Trundle to take that troll back to school (schoolgirl trundle skin leakeeeed?). There are even Augments that will give you plus two towards a trait’s breakpoint! 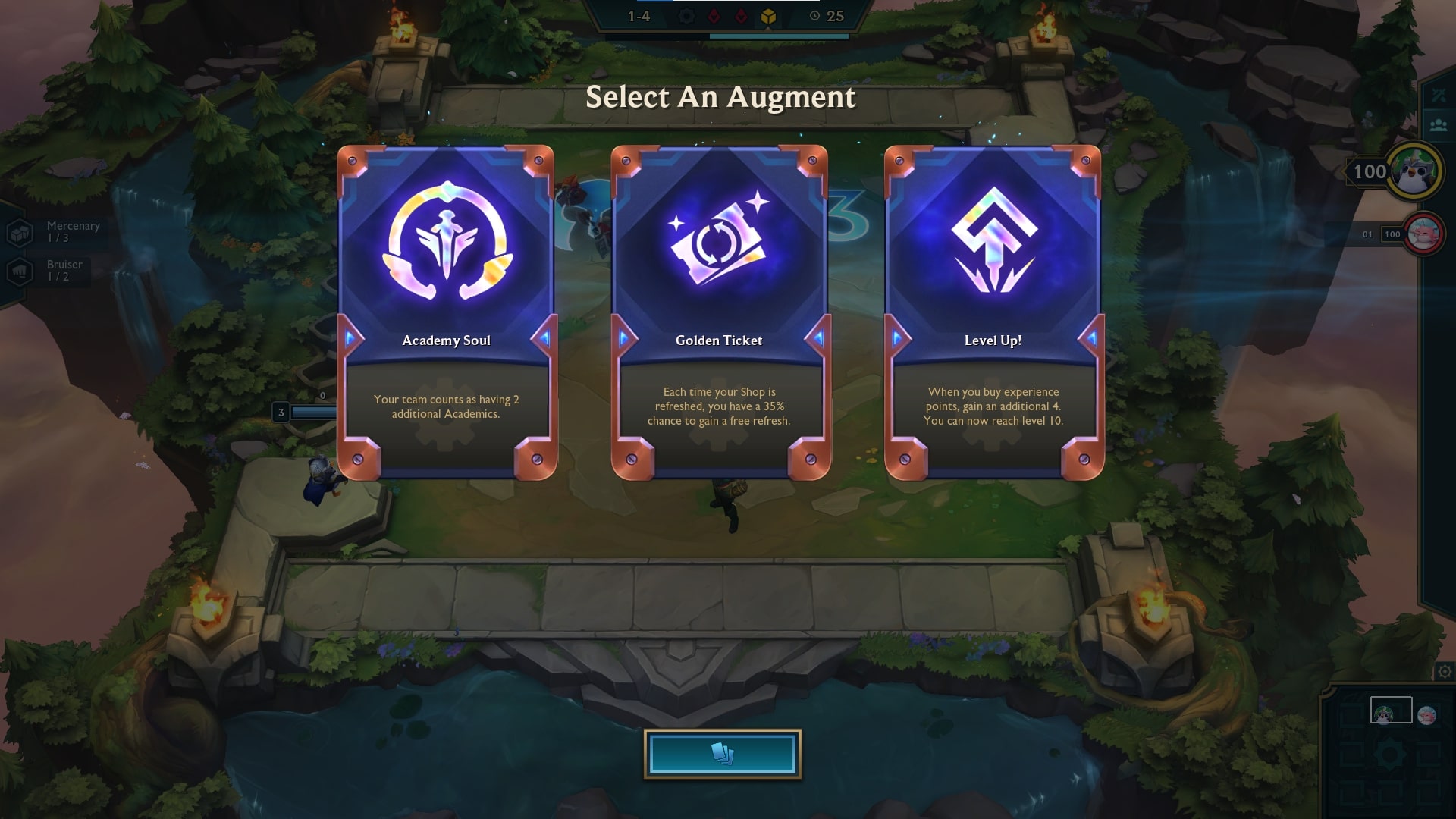 Finally, there are Augments that add bonuses to your traits. The Augment Cram Session allows Academics to restore a large portion of their max mana after casting their first ability, but I bet they’d get even more mana if they went to bed early instead of cramming the night before their test. One of the most explosive Augments, Chemical Overload, causes Chemtechs to explode on death, dealing magic damage to nearby enemies. But maybe you want to run an Augment that adjusts a trait to give you more items? For that, we’ve got the Junkyard Augment, which gives you a random item component for every couple of rounds you have the Scrap trait active... One player's junkyard, another player’s arms dealer!

Alright, we’ve hit examples for all the Augment archetypes. But believe me, there’s a lot more to get excited about... I mean A LOT more. Yes, that joke hurt my editor too. So choose your Augments wisely, cause only you can prevent eighth place finishes.

You probably have a lot more questions, and that’s good, ‘cause being curious is the first step to invention! Maybe you’re wondering: how do Augments work in Hyper Roll? And will they be in Double Up? And how is this writer so good looking?

Well, per usual, I’ve got answers for most of those questions—and secrets for one. Augments will be coming to Hyper Roll and Double Up! For Hyper Roll, they’ll be slotted in where it makes sense for the game mode, similar to the Armory in Reckoning. Hyper Roll Augments will be specially curated to account for gameplay differences. For example, there will be no economy Augments in Hyper Roll. Double Up, which releases with patch 11.23, will offer Augments at the same points in the game as standard TFT. Your Augments will not empower champions hopping to your board as reinforcements. Of course, some Augments may have to be balanced differently for TFT’s first two game modes, but we’ll circle back on that in future patch notes.

With so much excitement around the release of Gizmos & Gadgets, it can be hard to keep all the dates straight, so allow this blurb to help. Gizmos & Gadgets comes to PBE on October 19th, then goes live just after that on November 3rd (patch 11.22). The Gizmos & Gadgets Pass will be available later that day at 11:00 a.m. PST. Double Up will be the last thing hitting live servers on November 17th (patch 11.23), giving us a full patch to learn the ins and outs of the new set.